The Scoop: Fact: VN's first-ever Urban Dessert Soirée had been sold out for weeks. Fact: The sugary-anticipation was thicker than amaretto-chocolate mousse. Fiction: Tickets were being scalped on StubHub! OK, but they should have been—those on the guestlist were cherishing their highly prized invite, having scored tix to the latest of VegNews Magazine's ultra-hip, über-chic par-tays. If you missed it, well ...

The evening consisted of a five-course vegan (of course) dessert sampling; free-flowing sparkling vino, plus red and white; eye-catching Italian sodas, topped with vanilla soymilk; and a complimentary copy of Ms. Phyo's latest, Ani's Raw Food Desserts, which just about everyone had personally autographed by the authoress herself. Oh, and three lucky attendees each won a beautiful bag filled with a dozen raw Mayan Crunch Truffles (the recipe lifted from Ani's Raw Food Desserts), rumored to have been hand-rolled by VN's publisher himself, Joseph Connelly. 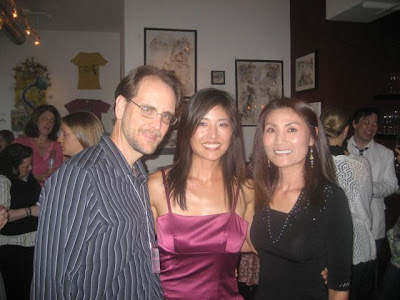 After indulging in three of the five courses, the revelers heard an impassioned "how-to" by the fabulously decked-out Ani on living a green lifestyle, complete with audience Q&A. The three-hour shindig actually lasted four, but no one was complaining as the trio of Chris, the bartender, Kyle, the pastry chef, and Tan, CandyBar's owner and host, kept the throng indulged and happy all evening long. 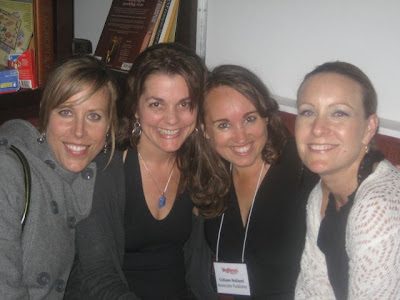 The desserts were so fabulous we forgot to take pictures of them, though they included mini carrot-cakes with cream-cheese icing, pistachios, and currants; chocolate-chip macadamia-nut ice-cream sandwiches with coconut sorbet; vanilla custard on hemp-seed shortbread; coffee-cherry crumble over chocolate-amaretto mousse; and the grand finale: trifle with chocolate cake, chocolate pudding, and dark-chocolate drizzle. All were gobbled up toot-sweet—or, if you actually speak French, tout de suite—and we've been assured that CandyBar will offer more vegan delectables on its regular menu henceforth. For photos galore from the smashing evening, check out our gallery!

Posted by VegNews Magazine at 6:15 AM 2 comments: